Playstation approached our team, to deliver a redesign of their global site playstation.com and all localised sites worldwide. Over 9 months, we redesigned the site from scratch, delivering microsites for Playstation 4 and The Last of Us on the way. When launched, traffic, user goals and other business KPI’s were tripled – traffic from 16M to 50M unique sessions per month. The redesign helped the marketing campaigns for PS4 – making it the fastest selling console in history and Last of Us fastest selling game.

More-over, the design system has provided Sony with a cutting edge platform which 6 years on has helped them achieve over 100M visitors per month (2018).

In 2012, the Playstation website was out of kilter with the Playstation brand and gaming culture in general. Having been developed on a very old CMS in the mid noughties, it was also limited in the quality of content that could be created.

The objectives for the project were to:

I joined the project in August 2012 for the define phase (creating the final UX for delivery) after which there had been extensive user research done on the existing site and with existing Playstation users (Alisa Gabay, Justin Small, Wesley Houghton). Additionally, various concepts had been produced to create a vision for Sony and their teams to get excited about.

The overall process was waterfall, as the technology partner to deliver the back-end CMS had not yet been chosen (it was confirmed to be Adobe). As such, the initial design work was largely completed upfront, with the front-end of the pages being developed,  before being collaboratively delivered alongside Adobe.

To have a successful outcome on the project, it was important to deliver an outstanding end-to-end experience for both consumers and the content teams and editorial staff within Playstation (who produce the content which is consumed!). This was a point I stressed throughout the project.

We conducted the workshops for each core area of the site (e.g. homepage, discovery, product pages, gaming pages etc) In the workshops, we worked together to figure out the best user journeys (using the insights from user research) and then determine what content and experience was important on each page. We were able to determine primary and secondary business goals and translate them into clear user journeys. 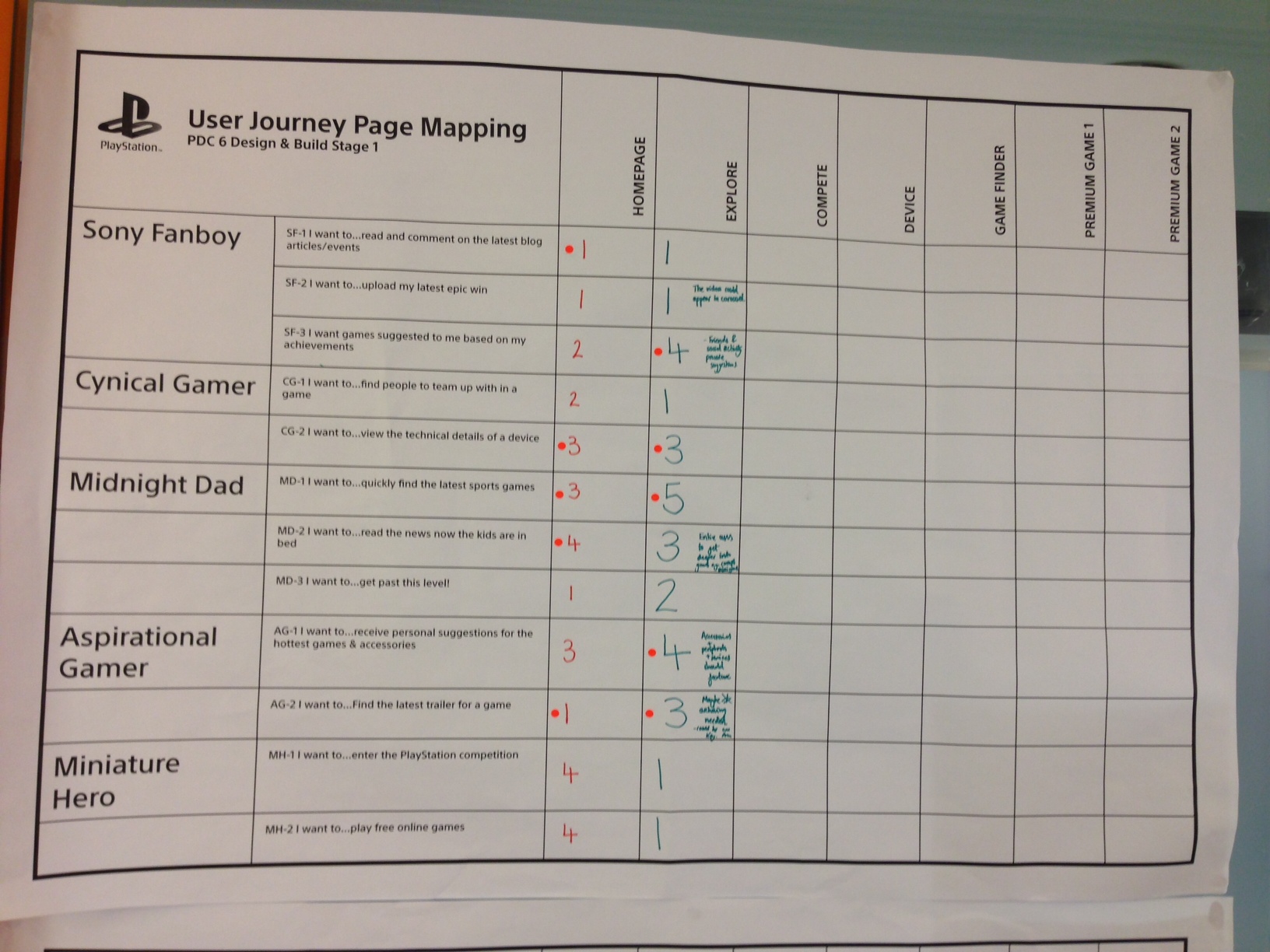 Lorem Ipsum is simply dummy text of the printing and typesetting industry. Lorem Ipsum has been the industrys standard dummy text ever since the 1500s, when an unknown printer took a galley of type and scrambled it to make a type specimen book.

After the workshops, we took all the requirements, data and research and explored the page structure to enable the core user journeys. We sketched out huge A1 drawings until we were happy with a flow which we were happy with. 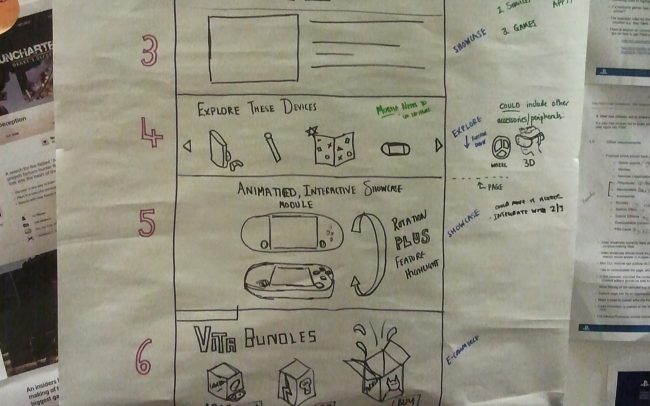 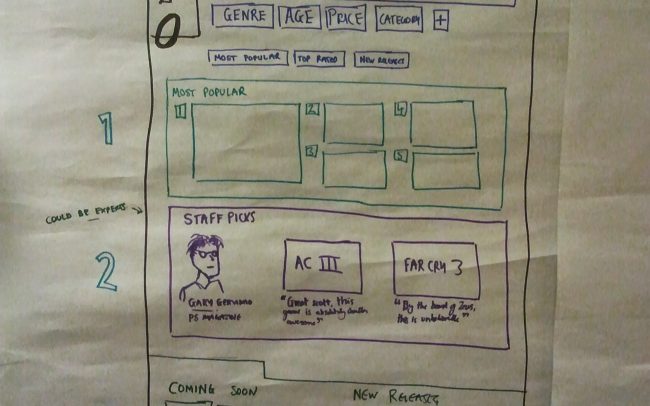 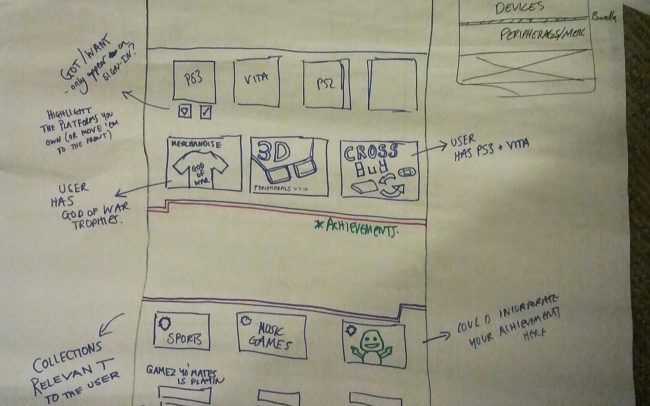 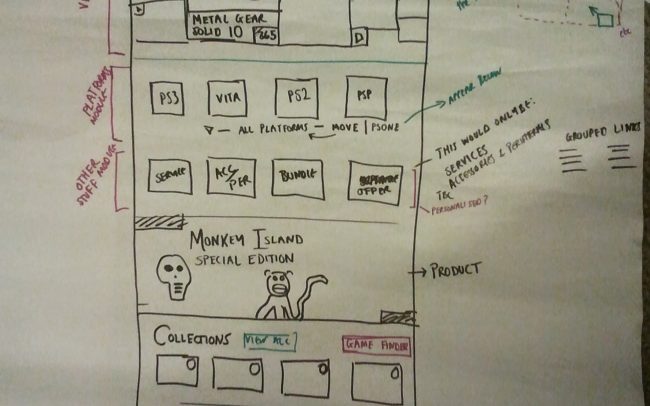 We worked with the team of incredible front-end developers to bring the designs to life and give a realistic and visceral idea of how the site would feel. This also gave us an opportunity to develop some of the animated interactions and transitions.

After the designs had been prototyped, the finalised functionality was documented in UX specifications (PDFs), mostly for the benefit of Adobe (back-end development) teams and Playstation to have rationalised documentation once the design team had finished their project.

These detailed the functionality of each core component in the Design System including interaction, visual design, behaviour and user flows. 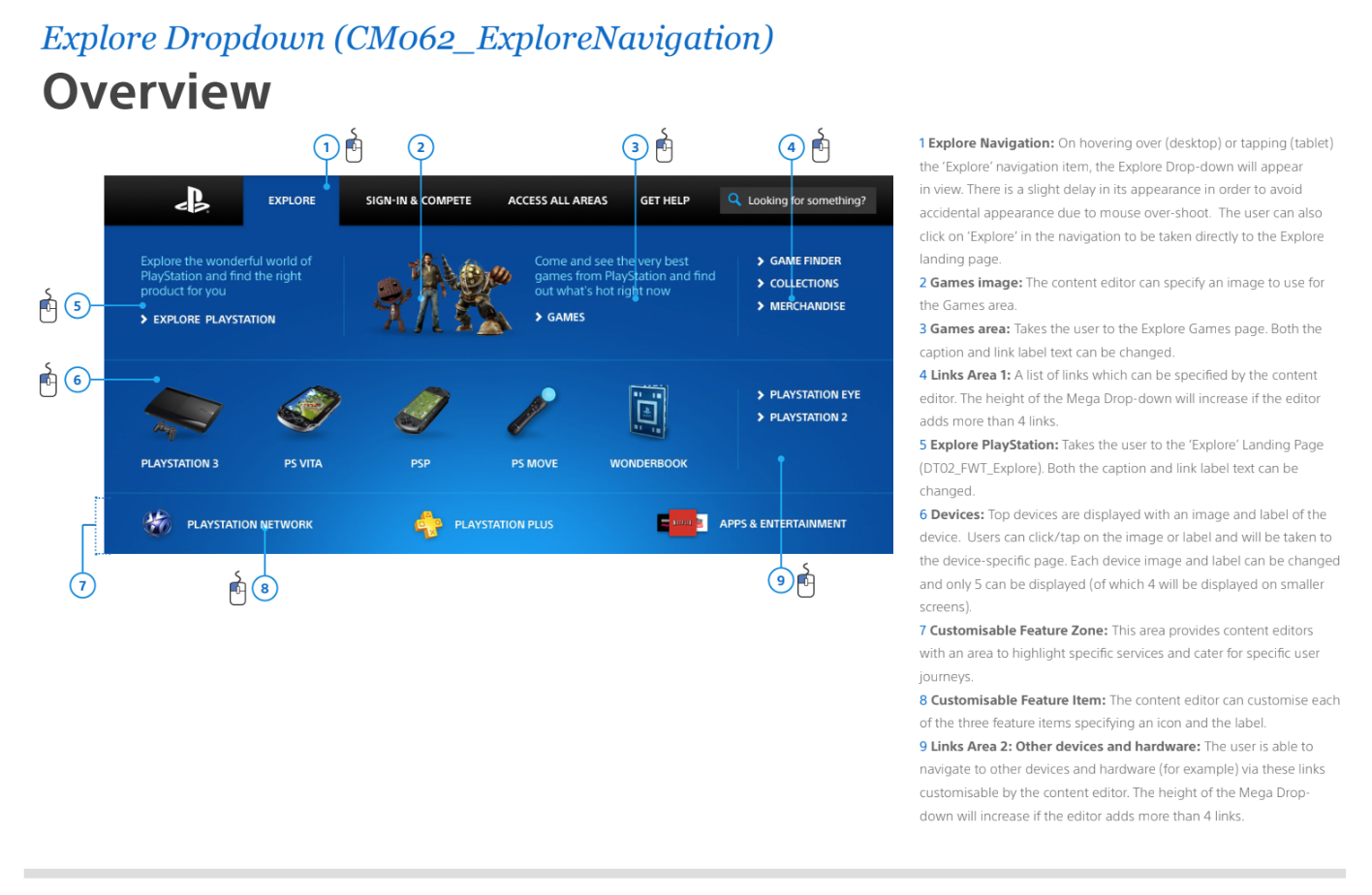 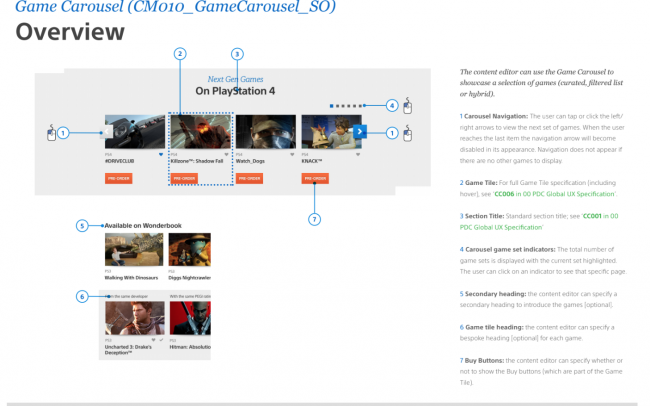 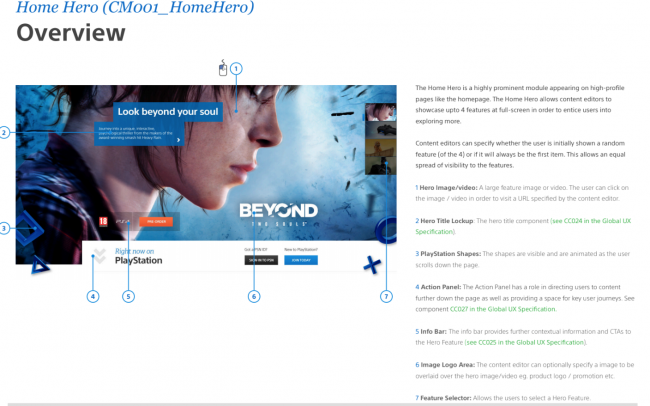 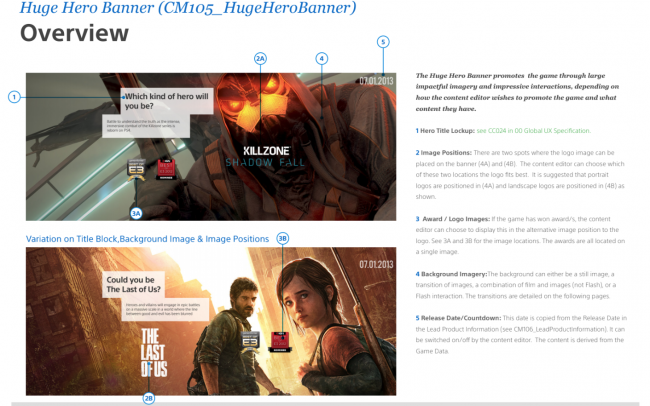 Traffic to playstation.com at the time was around 16M sessions per month(192M per year). After the project that soared almost 3X to 52M per month (624 visits per year) and a Top 500 Global Website. Using the same design system, PlayStation have since optimised the site to 100M visitors per month. 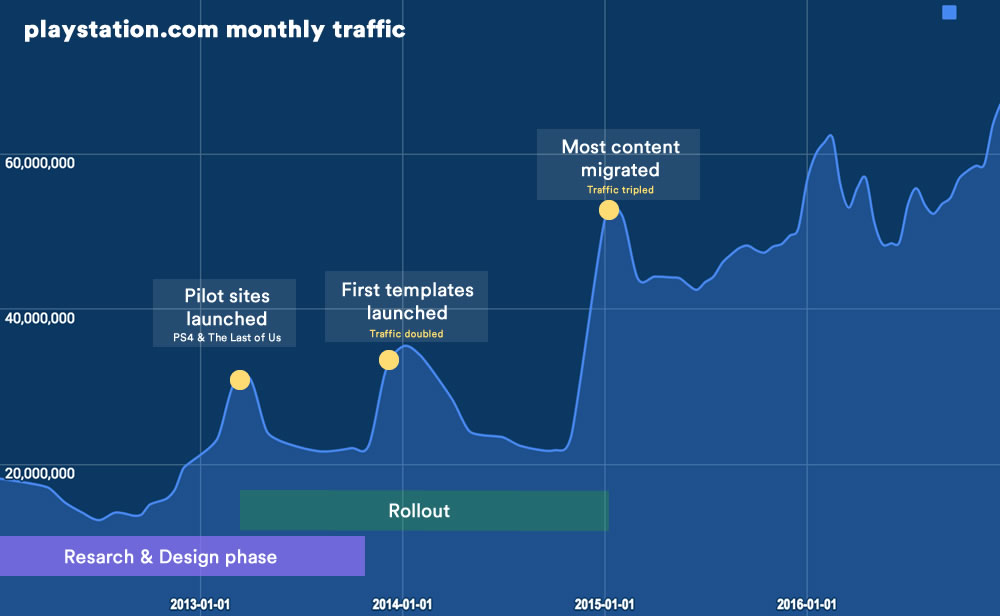 The Playstation Blog was a great place to capture feedback from the new design as it began rolling out. Positive and negative feedback was collated and fed into future iterations.

Wow, I love the new look. Especially my page where I can view friends and trophies. It looks so clean. Part of the problem I had was viewing the playstation app on iphone was so small, and as they don’t make an ipad version of the app yet I never really bothered. But this new page on the site is very handy. Everything seems so much better connected now, it’s all one click away.

In general I really like the new design.
Full videos as background on the very main page, I think that’s not really the best choice, though.
People online already dislike any kind of animated advertisment, and I think it would be better if the videos would need to be explicitly started, for weak hardware, smaller devices, people with bad connections or in general those not too fond of seing animations and videos everywhere.
On a brighter note, though, at least it’s not Flash. 😀

Otherwise some quite nice work, though.